Oops, I meant to post this on Friday! Oh well, leaves me room to add things :)


This was such a great pattern! The texture is awesome, and they are a nice, snug fit - which I love. 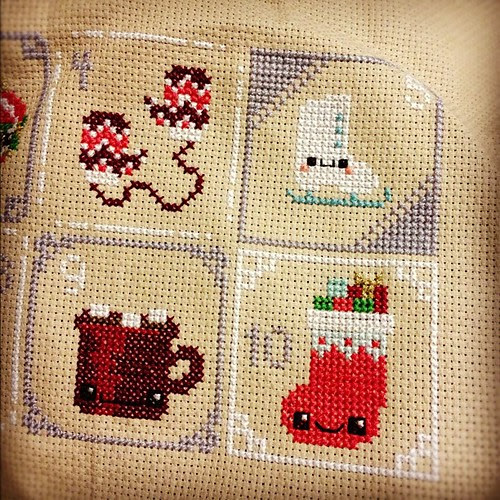 The more I stitch, the more I love it! Each square seriously is cuter than the last.

And last but not least, I'm currently working on the second monster of the trio, Ivy, and reading a new book! 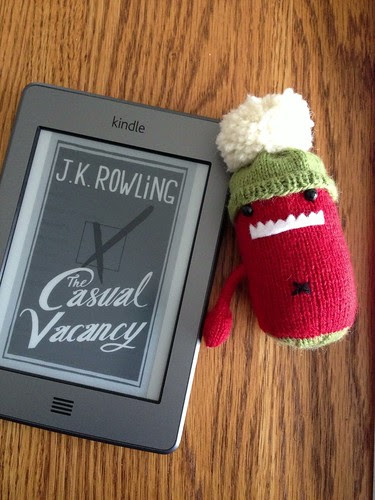 I am such a fan of Harry Potter and J.K. Rowling (you probably knew that already) so I am incredibly excited that she wrote another book! I read a lot of negative reviews on the book, but I will see for myself. Part of me thinks people will hate just to hate, especially since she's had so much success. It's a darker book, that's for sure.

I hope all you of enjoy your weekend! It seems like it will be wet and chilly here.
Posted by Unknown at 5:57 PM 2 comments: 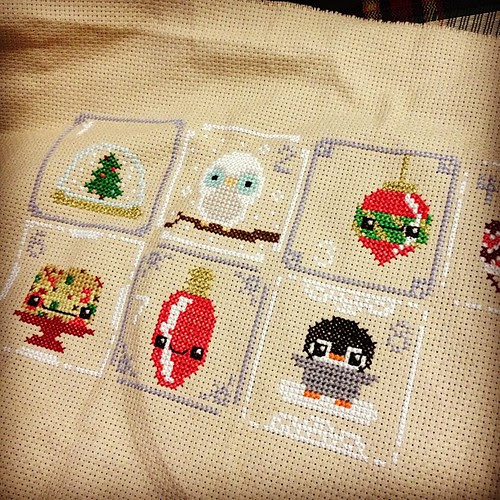 It was a good weekend for my Kawaii Winter Wonderland sampler, I completed three squares! (I finished Day 9 after I took this photo). Day 9, incidentally, might be my favorite so far! But the penguin is super cute too! Basically whichever square I finish most recently is my favorite :)

It is a bad weekend, however, because I am sick. It started Saturday night; I was achy and cold and tender and my throat was sooo sore. The worst I felt was definitely last night. Today has been better, but I still feel lethargic and cold at times. And now Scott has the chills.

We've been watching a fair amount of films lately: Brave, Midnight in Paris, and Total Recall, and I'd recommend all!
Whew! I didn't mean to write so much about movies. But a few new movies I do want to see are Life of Pi, The Hobbit, and Cloud Atlas!

How about some crafty love?


Are you watching Baltimore play Pittsburgh? Do you see Pittsburgh's throwback jerseys?! Call me crazy, but I like them. I'm in the mood for a large bowl of ice cream...what do they say about dairy and colds? Is it bad to mix them?

Looking forward to a short work week, spending time with family, and eating a LOT of good food.

I have a few gifts in progress to show you.

The first is a pair of socks for my dad. The pattern is Simple Skyp by Adrinne Ku, and the yarn is Knit Picks Stroll sport in Midnight Heather. It is a little more blue in person; it's pretty black in the photo. I am loving this pattern! 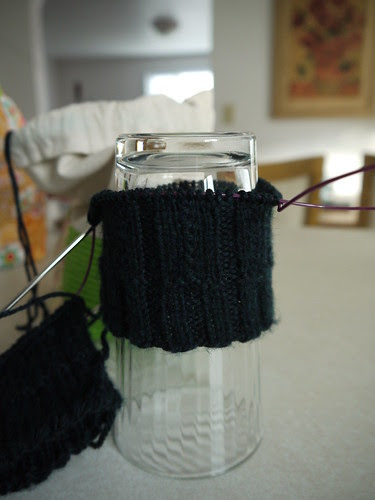 The second gift WIP are these mitts for my cousin: 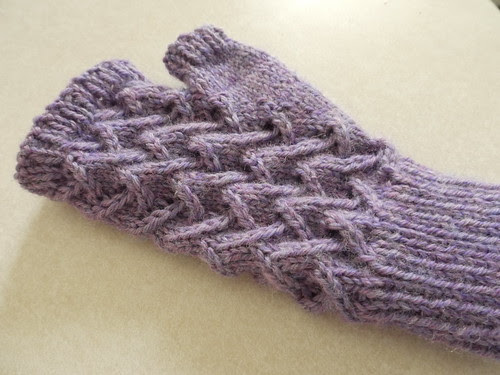 Isn't it pretty? I am in love with this mitt. The pattern is Cafe au Lait by Paula McKeever, in Ella Rae DK. I haven't cast on the second one yet, but the first only took a few days.

I am feeling a little overwhelmed by Christmas knitting, especially since I started cross stitching and that's taking half my free time :) I went idea shopping today though, and I am starting to feel a little better about the situation. I can't share what I bought today because it might be for someone who reads my blog! ;)
Posted by Unknown at 3:47 PM 6 comments:

....so I have started cross stitching! It will ultimately be a calendar for December; each week a new block will be available to stitch.

Wow, I can't believe it's already November 1st! We had a pretty unspirited Halloween... no costumes, no pumpkins, no trick-or-treaters! This is the second year we've lived in this house, and we didn't have any trick-or-treaters last year either. I think because we live so close to the mall, most kids go there. Scott and I have been having a Matrix marathon, and finished the third movie last night.

I was recently gifted a pattern on Ravelry by a dear and kind friend, and although I'm sure she would not mind if I mentioned her name, I will keep her anonymous. I just wanted to say thank so much, you are a wonderful being, and I was absolutely floored that you did this! The pattern is Hitchhiker, one that I've wanted to knit for some time, and now Hitchhiker and this wonderful RAK will always be synonymous in my mind!

A few things off the needles recently: 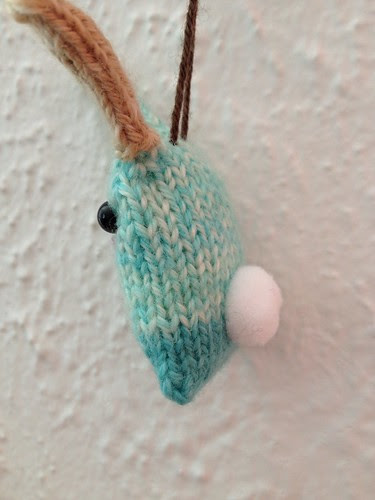 Mods: none!! Perfect size after blocking, not too big or small, just right.


Pattern: Cranberry Sauce by Brittany Tyler
Yarn: Knit Picks Cadena in Cranberry
Needles: US 9 & 10 1/2
Mods: none, but it is a little short. Good news is I didn't run out of yarn like I thought I would!


That's about it, hope you are all enjoying your week!
Thinking of everyone affected by Hurricane Sandy.
Posted by Unknown at 9:34 AM 4 comments: