A tad late... but I figure I had better write about Christmas before I write about the new year! 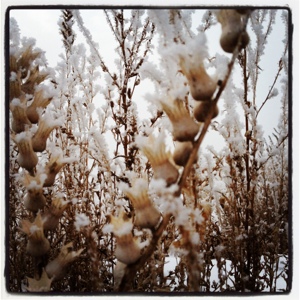 I have a few finished projects to post about that will count towards the knit challenge, I think I'm at 52 of 60 finished. Alas, I don't believe I'll reach my goal. So close! More on that later.

One of the FOs was started and finished on my new set of Knitpicks Harmony needles!!!!! Scott gave me a full set of interchangeable needles :) They are such a delight to use! One of the neat things about them is Magic Looping, and not needing to switch to double pointed needles at the end of the hat. Very cool!