Hi friends! I hope you all are having fantastic spring weather! We've been celebrating the season by planting flowers (marigolds, zinnias, gladiolas) and hiking. Maybe it was too early for this area to plant seeds directly outside, but it feels like this weather will last forever! 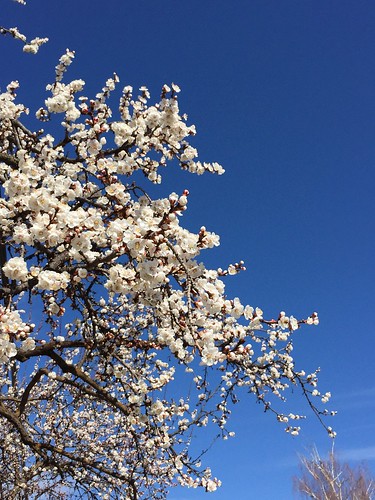 I finished two pairs of socks recently. The first pair: 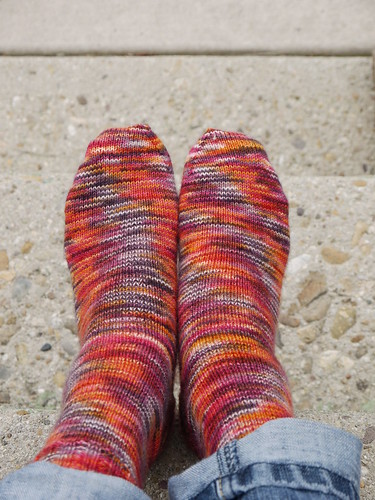 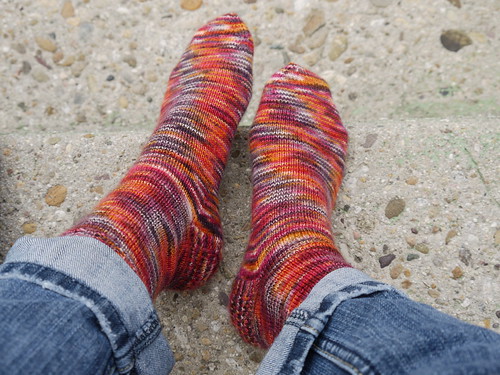 This pair was incredibly enjoyable because the colors are so fun. 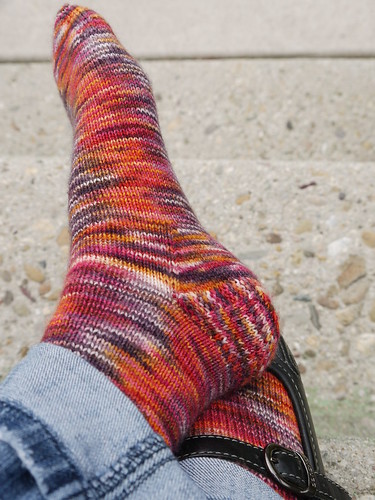 The second pair was just as fun to knit. 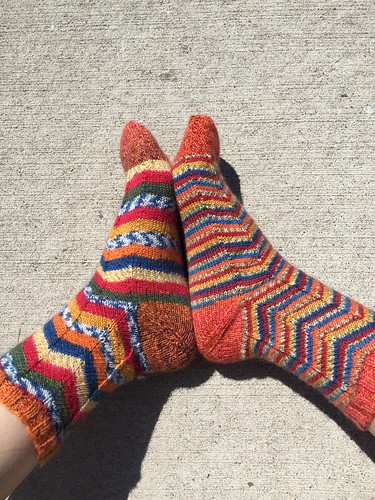 Pattern: Jaywalkers by Grumperina
Yarn: Regia and scrap Crazy Zauberball (for contrast cuff, heel, toe)
Needles: 2.5 mm for the leg and heel, 2.25 mm for the foot and toe

This pair is crazy!! In the last post I mentioned how I didn't realize I had two different colorways, and therefore two different stripe patterns! 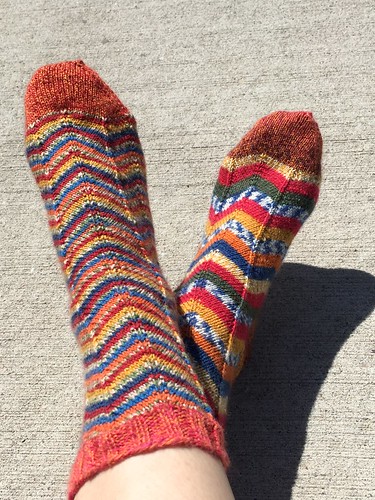 This is a great pattern and I will knit another pair. If you haven't knit this pattern and are considering it, keep in mind that it makes a tight fabric. I went up one needle size than what I normally knit socks on.


Those were pairs six and seven for the year. My goal is eighteen pairs and I think I should be able to reach it without too much trouble :)


I cast on Meagheen Ryan's Tax Day Mystery Anklet on April 15 because I felt it was the perfect treat for having taxes filed. And also because it's a mystery anklet... cute!! I finished the cuff and heel, and am just starting the patterning of the foot. They are going slower than I'd thought; I think it's the needles. The only 2.00 mm I have are Addi Lace needles, and there's something about brass needles I don't like...I'm going to pick up different 2.00 mm needles, and next time I'll share a photo of my anklets! Hopefully they'll be farther along by then.


Last week I found a Montana Brewery Passport at a local book store, and we received our first stamp this weekend: 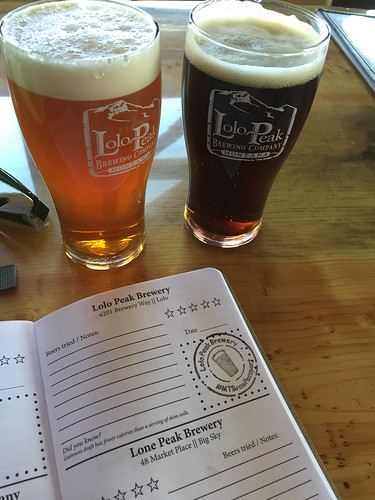 After we hiked, we stopped in Lolo for a beer :) it's funny, the brewery was built about a year ago at the base of the hill Scott grew up on! Missoula has quite a few breweries, we've been to most of them already, but it will be fun to go back and have our passport stamped. And it will be fun to take day trips to out-of-town breweries. What we really need now is an Oregon brewery passport...I think we've visited just as many in Oregon as we have here! (we're planning a trip there for September, eek!!!)


I hope everybody has a fabulous week! I just realized it's already Wednesday, holy smokes...